​​Any love that has been experienced is not lost, it returns to Love itself
​Chinnamasta 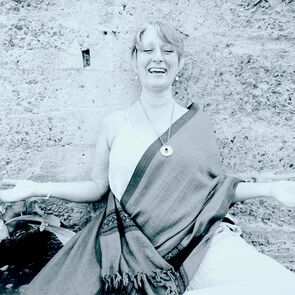 Chinnamasta is a native of the Netherlands, a country and culture she still holds dear to her heart. While growing up her parents emphasized the importance of learning how to speak foreign languages and cultivate an appreciation for other cultures. They exposed her to the beautiful French culture of living, which was lived at the home and experienced during annual holidays at the Belgium and French coast.
To this day that foundation is a big part of her personal joy and inspiration in how to live life. Although she immigrated to the United States in 2009, she continues to have one leg in Europe, mostly in the South of France.
Her life has been infused with a lot of international travel throughout Europe, Africa, Asia and the United States. Before moving to the States she lived in Amsterdam, Belgium, Portugal and France. She speaks Dutch, English, French and a can get away with the German language and a bit of Spanish and Sanskrit. She is a lifelong student of the ancient Vedas of yoga, āyurveda, tantra and jyotisha.

In her own words she shares her life story:
My awareness of healing has been ever present since I was nine and my father felt the healing touch flowing through him as I spontaneously put my hand on a painful place on his leg. Even at that young age healing came naturally to me. Initially, I followed this calling as an Intensive Care pediatric nurse, caring for the young patients and guiding their stressed and grieving parents. This role took a personal turn when in my twenties my father became terminally ill. I used all my training and experience to care for him each day as he moved toward the end of his life in body form. It was during this transition to death of my father,  that I experienced a Presence which continues to guide me to this day.

I began my spiritual journey with Vaidya Baba Kanhai Mishra in Holland, a bhakti yogi in the Netherlands.  He saw right thru me and ignited in me the true love of God and a longing to serve from the heart. I followed my passion for holistic approaches to health by studying Āyurvedic medicine with Vaidya Baj Rathod who introduced me to Kiran Vyas, the director of Tapovan, the most respected Āyurvedic and Yogic retreat center in Europe. I was mentored by him in the classical art and wisdom of Āyurveda for eight years through the teachings of Sri Aurobindo. I continued to train interns and became a team member, offering specialized pañcha karma and kayakalpa treatments.  Through Grace, I met and studied with many wise elders, most of them native Indian teachers.  I always longed to understand and my longing still is, to learn every day. To absorb everything I can from my teachers and guides and share my experience with others.

Throughout my spiritual life I longed to find my beloved, someone with whom I could share my passion for worldly life and Spirit life. After a long search, that happened quiet unexpected, when I met Mukunda Stiles. The first time we laid eyes on each other in Switzerland, we recognized each other as soul mates. He turned to me and said, ‘Finally you have come.’ Our relationship was of tantrik nature, meaning that we were dedicated to serve the other in offering a safe place and support to free up  from  karmas that blocked our capacity to love.  We started teaching side by side, which was a joyful dance and a merging of two souls effortlessly coming together. Three months after taking our sacred vows of marriage, Mukunda’s illness began to reveal itself. This became the highest final teaching for both of us as we soon realized he was not going to live long. We had to learn how to die and let go of that which we had just found - each other.   We learned to accept the inevitable and moved through the dance of life together until his last breath.  On February 18, 2014, Mukunda transitioned in my arms. While I was holding him in utter love in that very moment, and I felt him moving into the arms of the great Mother, I witnessed expansion beyond the last breath. That experience was his gift to me.

While Western medicine taught me how to work with the physical structure, Eastern medicine deepened my understanding of the subtle body, and how to help people deal with difficulty, prevent illness, and live a joy-filled life. I feel that my true gift is my ability to identify the root cause of pain (physical, emotional, mental or karmic imbalances) and understand how these can lead to health issues and deep suffering. When I guide a client we walk together, down the path of me nudging the other how to return to your empowered state of being and physical well-being using the breadth and depth of my knowledge and expertise. Ultimately, each will form their own unique connection to the Source, resulting in restored vitality, mental stability and an open heart.

I continue to teach groups and guide people individually both in the U.S.A. and Europe. I have grown so much from all that happened in life, that has been the biggest teacher. I feel passionate about collective care  and causes that focus on humanitarian support. I believe that this flame was ignited through my own personal difficulties, making me a more compassionate person with a deep longing for others to be happy and free.  I currently  live in Healdsburg, Sonoma County, CA and a part of the year I roam in Europe, to visit family, friends, and to enjoy all good things of French life.

I received Shaktipat into the lineage of Baghavan Nityananda of Ganeshpuri through Mukunda. Shaktipat also happened spontaneously to me, through meditation on the image of Bhagavan given to me by my Āyurvedic Guru teacher Baba Biharilal. That image would literally come alive and lead me into tantrik experiences. I taught with and have been guided by Mukunda for more than 10 years. He gave me the name ‘Chinnamasta’ - one of the 10 tantrik wisdom Goddesses. This deity represents the embodiment of the Goddess of Benevolence and the attribute of transformation of the ego by surrendering to the Divine heart. 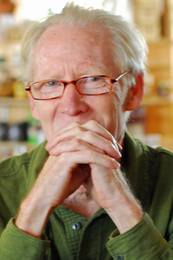 MUKUNDA STILES  2/24/1949 - 2/18/2014
In his life, Mukunda had three profound experiences that would change his life: When he was almost 20- years old, he was in a car accident. The words "God protect me", came quietly to him. For the first time he felt the presence of Spirit. He walked away unharmed and from that day started making changes in his life.
While in the army, a friend shared a book on Yoga.  It described how to slow down your breath and leave your body.  Mukunda decided to try.  He lay down on the floor and slowed his breath.  Suddenly he was out of his body, floating just below the ceiling. It felt completely natural.  Just as quickly, his mind took over and he was back in his body.
INITIATION
After leaving the army, in '74 he returned to California and went to Davis to see Swami Muktananda give Darshan.  Mukunda stood at the back of the auditorium that was filled with thousands of people. He felt Muktananda’s eyes upon him, as though they were breathing life into him, a spontaneous Shaktipat experience.  “My life was never the same after that,” Mukunda says. Baba gave him the name Mukunda, meaning "compassionate liberator" and authorized him to give spiritual initiation (Dhivya diksha) and spiritual names, and also to transmit Shaktipat (spiritual awakening).
Mukunda received a degree in religious studies with a thesis on Patanjali's Yoga Sutras. Mukunda undertook a year’s graduate study in physical therapy at California State University and in 1978 he developed Structural Yoga Therapy™.  Through it he offers a unique approach to yoga therapy that profoundly respects and honors the complete individual from physical to spiritual by integrating Krishnamacharya’s principle of adapting to the individual with a solid foundation of anatomy & kinesiology of the physical body, a well-rounded approach grounded in the eight limbs of traditional Astangha yoga, an Ayurveda framework to health and lifestyle that facilitates a Yoga lifestyle, and a deep experience and understanding of the spiritual and devotional essence of Tantric Yoga.
AS TEACHER AND MENTOR
Mukunda was on the staff of the SYDA ashram in Boston. He taught at the Mind Body Medical Institute for two years. In 1995, with Rama Jyoti Vernon he co-founded the American Yoga College (AYC). Through AYC he gave trainings in Canada, England, Scotland, Russia, Brazil, Argentina and Israel and wrote their course manual Asana Practice and Teacher Training Manual.  Mukunda was on the staff of the Rocky Mountain Institute for Yoga and Ayurveda and the International Ayurvedic Institute (IAI), working as the editor of seven books on Ayurveda, Yoga Therapy and a five-volume course manual written by David Frawley.
HIS TEACHERS AND MENTORS
Among his major hatha yoga teachers are Paul Copeland, BKS Iyengar, Rama Jyoti Vernon and Indra Devi. Following the Mahasamadhi (death) of Swami Muktananda, Babaji Prakashananda of Suptashring Devi became Mukunda’s spiritual teacher. Babaji initiated him into the devotional aspects of Tantric Yoga focused on the Divine Mother. Mukunda transmitted these teachings to Chinnamasta and passed on the torch to her, giving her blessings to continue to spread the teachings of Structural Yoga Therapy, Āyurvedic Yoga Therapy, Tantra Yoga Secrets and Patañjali Yoga Sutra's.